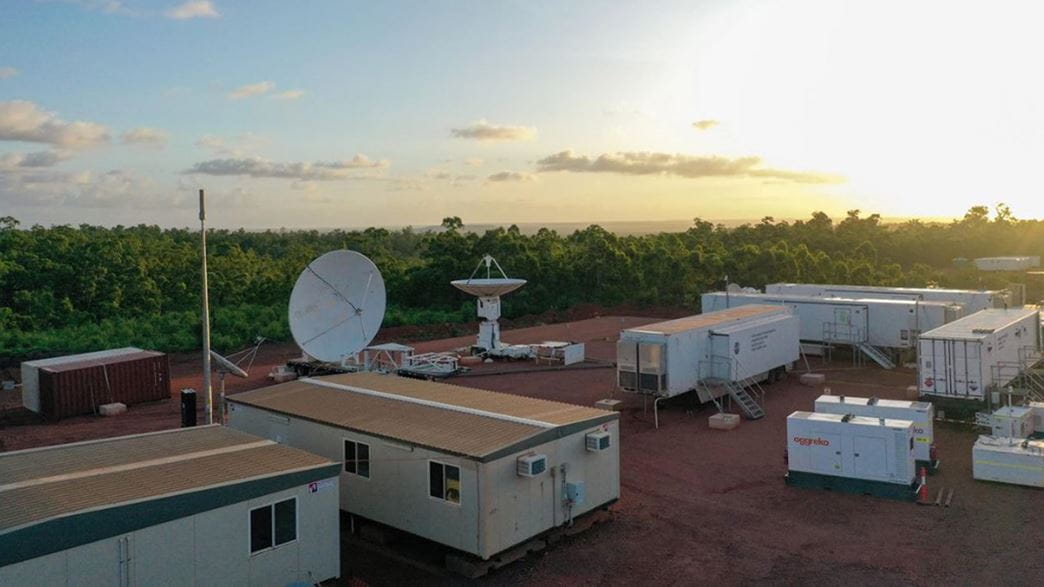 Arnhem Land, Australia: With no access to mains power due to the remote location, Aggreko has been contracted supply the critical temporary power to enable NASA to launch three suborbital sounding rockets, the first of which successfully took off at 12:30am today from Arnhem Space Centre (ASC) in Australia’s Northern Territory. Equatorial Launch Australia (ELA) will conduct astrophysics studies that are only possible from the Southern Hemisphere.  This is the first time NASA has undertaken a launch from a commercial launch facility outside of the US.

Since construction phase in November 2021, Aggreko has provided around 220 hours of hire prep, technical support, servicing, repairs and maintenance.  Currently on site there is 1.5MW of temporary power and 250kW of air conditioning which enables the use of offices, ablutions, accommodations, kitchens, workshops and technological equipment such as satellites and communication devices.  The most critical part of Aggreko’s contract was providing the power to get the rocket off the ground.

Michael Jones, Executive Chairman and Group CEO of ELA said, “I really want to acknowledge the support of not only NASA, but our staff, investors and suppliers.  The three NASA launches marks the end of the first stage of the development of both the ASC spaceport and ELA as a world class launch services company.”

The spaceport sits on Yolngu-owned land, the lease of which sits with the Gumatj Aboriginal Corporation, which represents one of the Gove Peninsula's most powerful clan groups, the Gumatj, who have sub-leased it to ELA.

“The Gumatj people have enjoyed working with ELA, NASA and Aggreko on this project, on our land.  Quite simply, without Aggreko, there would be no power for the space portal.

This project is an opportunity for Gumatj and the residents of East Arnhem Land to be at the forefront of space technology in Australia.”

George Whyte, Managing Director Aggreko AusPac, said, “Our business is committed to making a positive difference to the lives and communities of Aboriginal and Torres Strait Islanders.  Importantly, our involvement as the critical power supplier for this project further extends our efforts in the remote communities where Aggreko operates, such as Nhulunbuy.”

As the world leader in mobile, modular power, Aggreko has committed to net zero emissions by 2050.

Aggreko has a long and proven track record of providing reliable power with a footprint in the Nhulunbuy community since 2014.