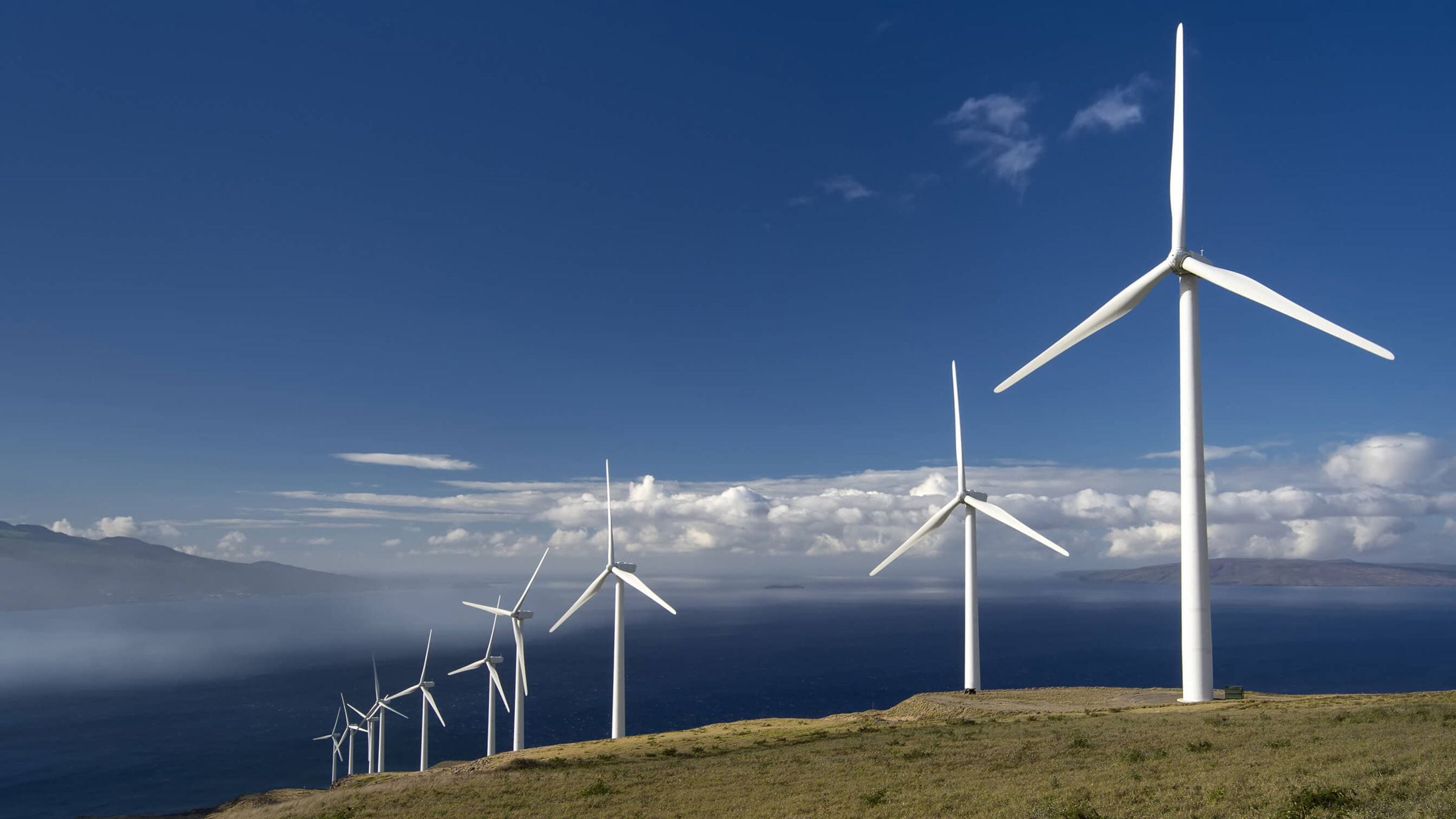 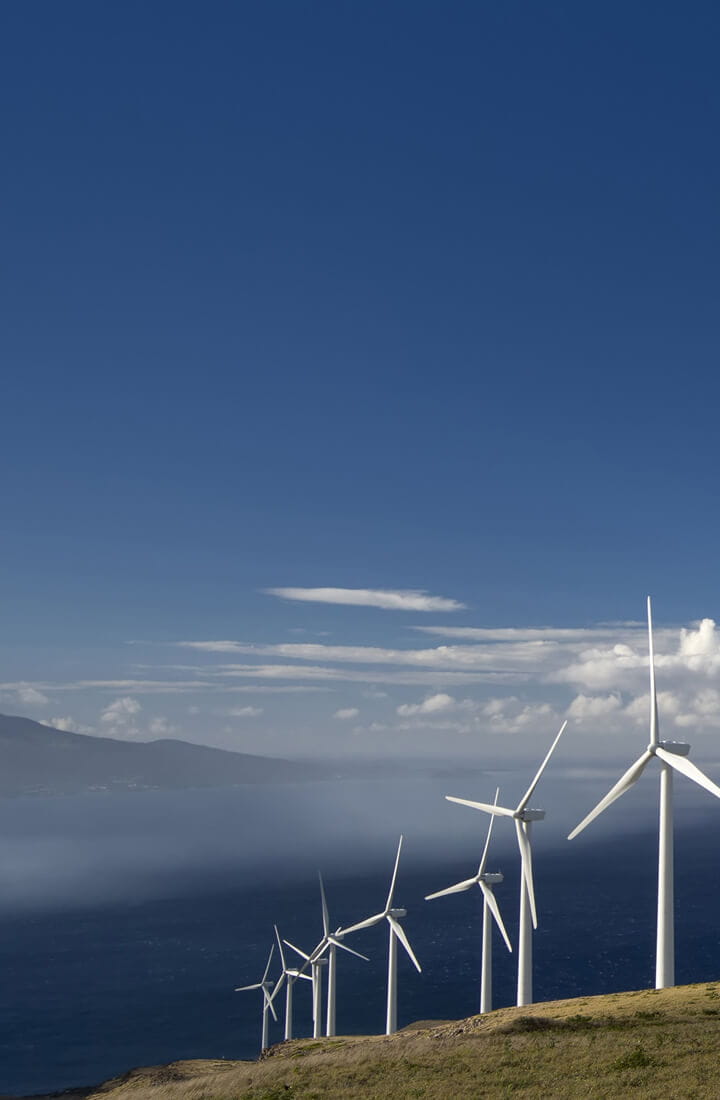 Improve the integration of wind power to the grid

Increased output and less curtailment of the wind farm

As wind power production increases, so does the requirement for regulating reserves. Maui’s relatively small grid has a limited number of generation assets available to provide this increased reserve capacity. Additionally, the generators have minimum operating levels, resulting in reserve generators providing often-unneeded power to the grid – which in turn, leads to curtailment of otherwise available wind power.

KWP II is one of three wind farms on the island. It is first in the curtailment order, and last to be released - meaning this particular wind farm was being severely under-used.

This unique situation led to an opportunity for battery storage company Younicos, who became part of Aggreko in 2017, to provide an energy storage solution to increase the overall acceptance of wind power from the KWP II project to the grid.

of otherwise curtailed wind generation can be now delivered to the grid.

for regulating reserves to be taken offline, preventing the KWP II wind farm from being curtailed

Provide a 10 MW system to meet the power purchase agreement

First Wind selected Younicos to provide a 10 MW, turnkey energy storage system to meet the power purchase agreement (PPA) requirements, and reduce curtailment. The storage system provides up to 10 MW of “up reserve” and 8 MW of “down reserve” capability  -without adding any unneeded thermal generation to the grid.

In addition, the system maintains the PPA-required ramp rate of ± 2 MW/minute for required hours. This is in line with contracted requirements, which also demand the system provides fast and accurate inertial frequency response for any frequency deviations outside of 59.9 Hz – 60.1 Hz. The utility can also call on the storage system via Automatic Generation Control (AGC) to increase or decrease its output at any time to support grid needs. This ingenious solution provides multiple services simultaneously while also prioritising services automatically as defined.

With the battery system providing regulating reserves, Maui Electric Company (MECO) is able to avoid running generators for the sole purpose of grid stability. One generator with a minimum operating output of 4.5 MW would be required in order to meet the up reserve requirement. In addition, it enables MECO to back down generators providing down reserve by 3 MW.

This results in a total of 7.5 MW of capacity for regulating reserves to be taken offline, preventing the KWP II wind farm from being curtailed. Using a conservative estimate based on the 7.5 MW reserve capacity normally running 8 hours per day for 80% of the year, over 17.5 GWh of otherwise curtailed wind generation can be delivered to the grid. This is equivalent to adding >9.5% capacity factor to the 21 MW wind farm.

The company’s energy storage system is an important asset to our wind farms, allowing us to provide a smooth supply of renewable energy. They have proven to be a very good partner in helping us to more efficiently integrate the clean power produced by our projects onto the electrical grid.