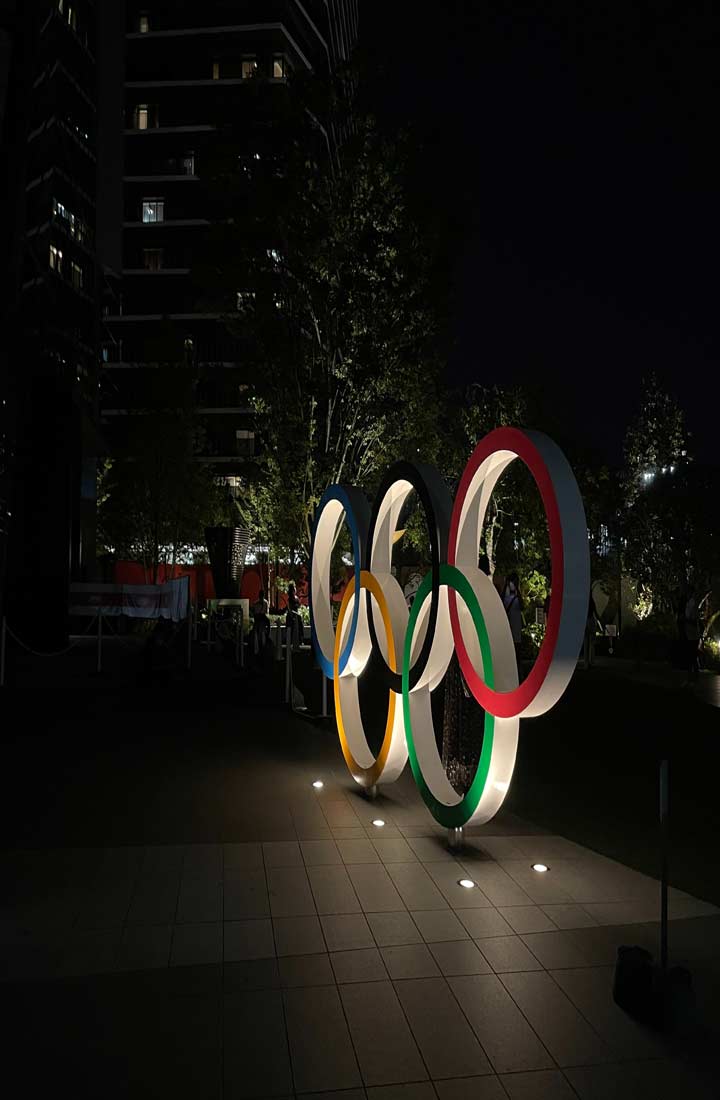 Overcome global pandemic and first ever postponement of Olympic Games

Adapting to adversity and pushing to the limit

Overcome global pandemic and first ever postponement of Olympic Games

The Tokyo 2020 Olympics and Paralympics provided the world with breath-taking sporting entertainment. Every Olympian pushed the limit in a bid to capture glory for their nation.

And it took an unprecedented effort behind the scenes to ensure these Games took place – after the first postponement in Olympics history.

Things were going according to plan in 2019, until the Coronavirus pandemic changed the world forever. It meant that the planned Summer Games in Tokyo in 2020 were postponed, which was announced in March 2020. A week later, new plans were released for the Games to take place in 2021, if the pandemic could be controlled and contained sufficiently.

This demanded a change in approach for all Olympic partners and everyone involved in setting the stage for the biggest sporting event in the world. This was the first time the Olympics had been delayed. And for Aggreko, there were a lot of factors to take care of so that reliable energy could power the Games.

Providing a stable power platform for such a prestigious and large spectacle such as the Olympics requires teamwork above all else. And we had assembled a squad of more than 350 experts in their field to come to Tokyo and combine their skills to energise the Games.

With the pandemic tightening travel regulations for everyone, safety rules to adhere to in order to combat the spread of the virus, as well as logistics for tens of thousands of pieces of cutting-edge equipment to work around – could Aggreko meet the new deadline?

Our project leaders knew that communication was key to our success. This would also be a factor we would have to overcome – our massive team contained more than 40 nationalities, with 60 translators working with us throughout.

A new deadline. A new schedule. Countless obstacles to consider. Millions of eyes expecting nothing less than perfection.

In times of adversity, we step forward. The Tokyo 2020 Olympics needed the best – and so we got to work.

Adapting to adversity and pushing to the limit

The Aggreko team used this adversity as a learning tool. The postponement allowed them to use hindsight in a way to sharpen their offering for the Games. Everything had been prepared for the original opening ceremony date, but what could have been better? Our team pored over every aspect of our project to ensure no stone was left unturned in the search for improvement.

The new date also required more extensive planning, something that the vast number of languages within the team made more difficult.

After more design periods and collaboration within the team, we devised a solution that would ensure that the Opening Ceremony on 23 July through to the Paralympics Closing Ceremony on 05 September would have exactly what it needed to dazzle the world.

The first step was that we decided to keep the equipment that we had already delivered to Tokyo, in the same location. This required our global fleet and three separate storage facilities to house the dizzying amount of power products and ancillaries. These warehouses varied in size but the area spanned thousands of square kilometres.

We endeavoured to keep emissions in check by reducing the amount of generators that would provide the power for the 45 venues that made up the Games. To do so, we worked closely with TOCOG (Tokyo Organisation Committee of the Olympic Games) to maximise the grid – and a rather large amount of step-down transformers to adapt the voltage. 3500 transformers, to be exact. The finishing touches were made by our in-house software, which would ensure a smooth delivery of power to every single venue, from grid to deployment.

We had to factor in the distance between venues too. Sapporo was more than 100km north of Tokyo and we used every resource at our disposal, local ferries and the rail network included, to cover the ground and make sure that every piece of equipment was on site and deployed.

And in the background was a hive of activity too. Every minute of the day was used to get our team where they needed to be. The borders had been closed in August of 2020, which made every single visa arrangement much more difficult to arrange.

It took every ounce of what makes Aggreko so special to work for and with.

We'll make sure your event grabs the gold

The 2020 Tokyo Olympic Games made history in so many ways. And Aggreko crossed the finish line to guarantee from start to finish, these Games were able to wow the world.

How do you adapt to something that has never occurred before? We chose to meet the challenge head on and use every day to look at our processes and delivery to ensure we couldn’t be any better.

It was the most sustainable Games in recent years. We not only helped to lower the environmental impact but keep the bar raised in terms of reliability.

We also did this with a backdrop of tightening red tape on every entry and exit of the country for our people and our equipment.

In short, what we helped to achieve is staggering.

But our team wouldn’t agree. For our experts, both on the ground and working at a desk, this is what is expected when you represent Aggreko. Our history in powering and partnering the biggest events in the world means we’re depended on by not only organising committees, but we make sure we don’t let the tens of millions down at home, watching the action unfold on television.

Every battery, every generator, cable and distribution board was tested and performed its duty to the highest set of standards. And the result of this mammoth combined effort meant that we had exactly what was necessary to provide optimum energy to the Games.

When the whole world is watching, we set the stage for greatness