The Evolution of AR Toolkits for Talent Development

As we know, Augmented Reality (or AR) has been around for some time. But as of the last few years, and really since the creation of the HoloLens and magic leap, it has found its presence in a much larger spotlight. 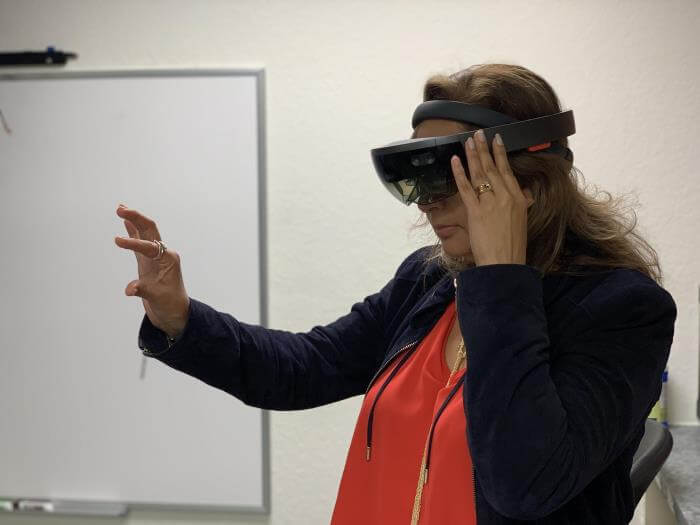 While hardware devices like these allow us to feel very in touch and have a more natural experience with the digital overlays in our real world, it is actually the sudden rise in feature rich click to build platforms that has allowed the corporate and enterprise worlds to truly take advantage of this technology at a much broader scale than ever before.

This capability, along with opening the creation process to non-coders, enable both large and small organizations to take advantage of the benefits that AR brings.

Now think of your Learning & Development team and those who are part of the creation of content. They will most likely be using tools like Adobe Captivate, Articulate Storyline, Lectora or other online course authoring tools. They will certainly have a much broader toolbox and I am sure you have a couple of graphic superstars and Hollywood producers in the team, but let’s face it: the majority – if not all of the team – spend their time creating and publishing with feature rich click to build tools. 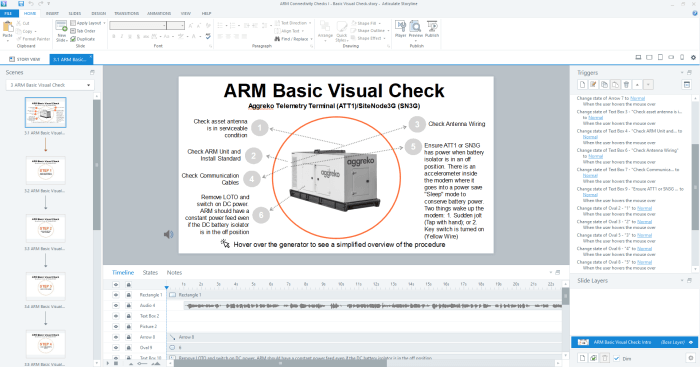 While coding-based tools have a strong presence and will continue to have, due to the advantages it has in gaming and entertainment, this is not always viable in the corporate world. In order to use AR you would have had to send each member of the team to weeks, if not months, of Unity training combined with multiple levels of skill in JavaScript and topped that all off with some CSS to ensure things remain consistent and shine.

Well, gone are the days of coding to get to an AR experience that will awe and inspire your employees and bring the behavioral change you have been yearning to address. Now is the time for building, animating, formatting, editing in 3D and deploying that to the real world. Tools such as Zappar along with Vuforia Studio and Capture are leading the way in this space, each with their own focus. 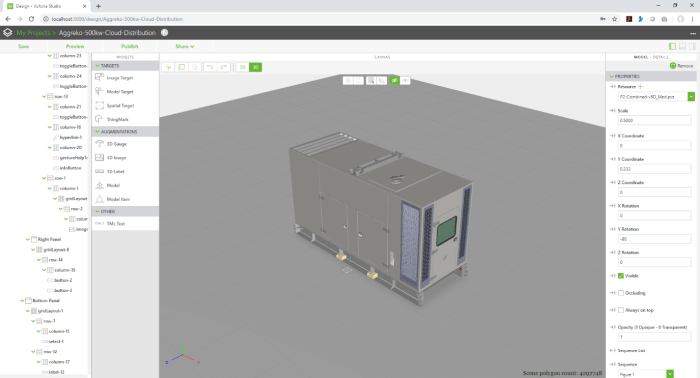 Each of these tools offers ways to create multiple paths, add actions and animations and work in a very similar thought process with timelines and outcomes a learning team will be familiar with. However, Capture, for instance, is bringing the creation to a new dimension. While many L&D professionals will be familiar with video recording and publishing, what PTC’s Capture does is allowing you to use Spatial devices like a HoloLens to record video, audio and spatial information.

What this means is your SME might be doing a demonstration in a similar fashion as they would of for a Video recording, but by using Capture to do this, you are now adding spatial anchors during the process that can be saved and edited later. These spatial anchors allow you to now have markers at each point where someone needs to act.

When you go to publish this project to your users, they consume it as an AR experience and will visually see each of the makers over layer in their real world. What just happened is that there was little software-based AR creation needed and that most, if not all, of the AR experience was created by a real person in real time. This product is standalone now and with that, it has its limitations. As the creation of AR experiences in real time evolves, we are going see corporate learning videos and platforms transforming themselves into Augmented Reality experiences that can be consumed on demand and viewed in the real world.