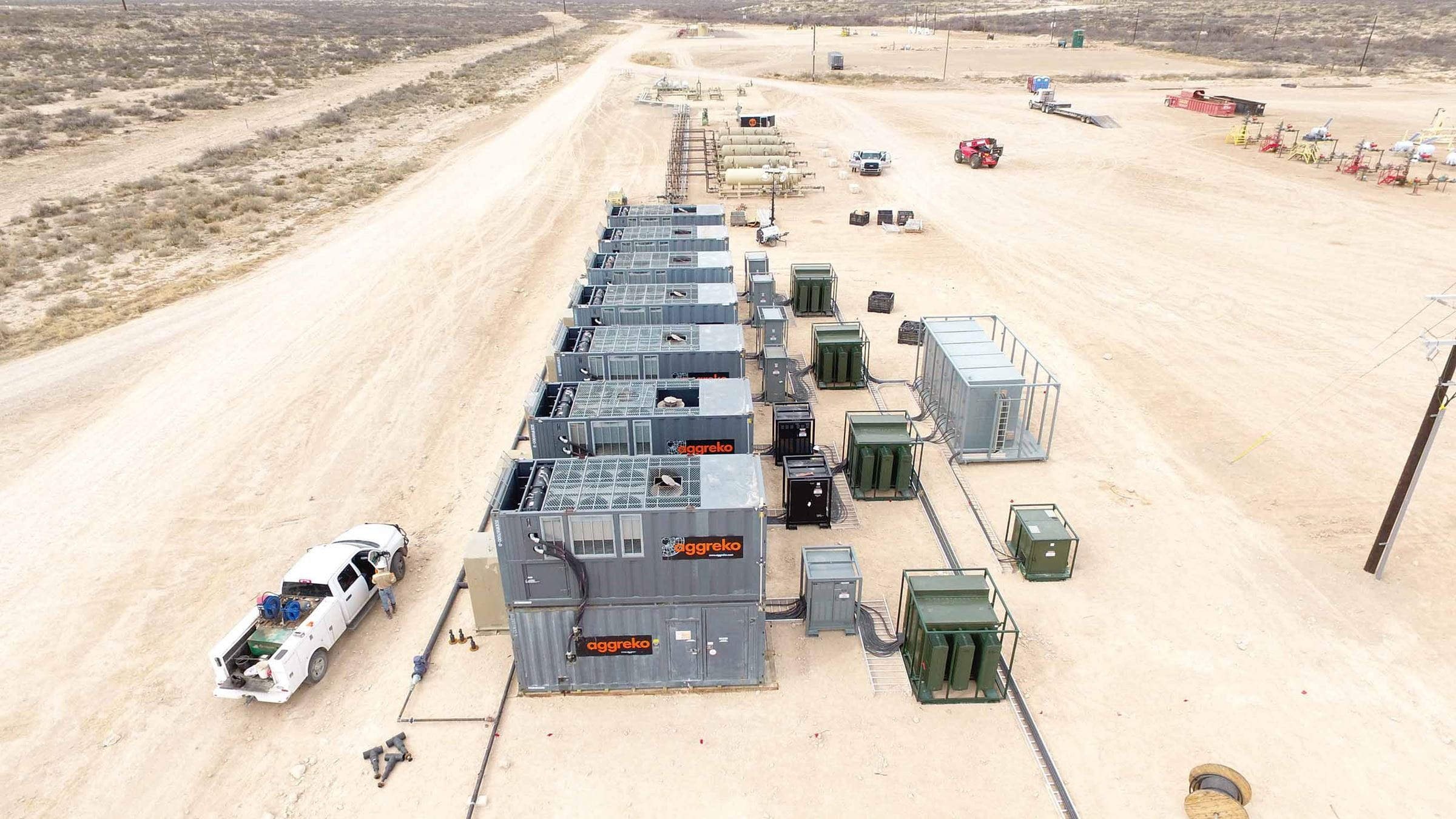 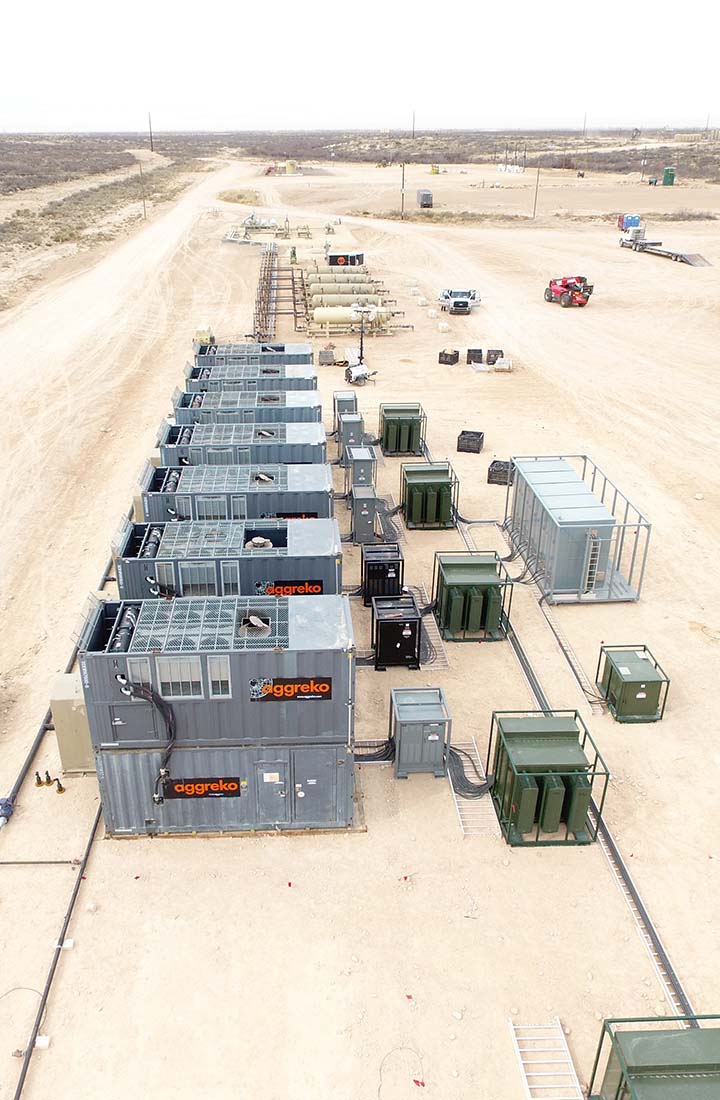 The customer wanted to power each ESP with utility power but in parts of Delaware the mains grid is overloaded.

As a result, the customer was experiencing significant power issues: from voltage fluctuations and power surges to brownouts and frequent power outages – often for hours at a time, multiple times a day.

In some cases, it could only get about 15% uptime on its ESPs.

The average cost per well running off diesel generators was $50,000 per month with fuel. What’s more, the utility company wanted $3 million to upgrade the lines.

So the customer turned to Aggreko to see if improvements could be made.

However, once we had convinced the customer that well gas was reliable, it decided to go with that option. This was a decision that really paid off.

We also helped the customer by installing microgrid packages in other areas of its field.

In one area, utility power was so bad that ten ESPs would only get 15-20% uptime and outages would take place on an almost daily basis.

The success of this microgrid saw us install seven 1.3 MW natural gas units in another area. Here, there were 17 ESPs, with a further nine being added later.